Wings of Grace International | Who We Are
15015
page-template-default,page,page-id-15015,woocommerce-no-js,ajax_fade,page_not_loaded,,columns-4,qode-theme-ver-13.3,qode-theme-bridge,wpb-js-composer js-comp-ver-5.4.5,vc_responsive

We are a non-profit Christian organization founded and based in Le Chable, Valais, Switzerland. Our mission is to show God’s love by enabling people on remote islands worldwide to collect and store rainwater for drinking and personal hygiene purposes.

We originally began as a few friends in a tiny French speaking region of the Swiss Alps, who created an association to become more accountable for funds that were being put into our hands, as a result of a project God had put on Tasmin’s heart.

It began very small, and we never imagined it to go this far – but obviously God had other ideas!

The project began on Manda Island which is opposite Lamu Island, off the east coast of Kenya. Manda has no fresh water and so we stepped in to help with tanks that allow them to harvest rainwater. Currently, we have 143 rainwater harvesting stations on Manda Island.

The initial project of harvesting water on Manda Island which began in February 2006, was replicated on an island off the northwestern most tip of India, called Bet Dwarka, beginning in February 2008.

Our next project began on an island in the Ugandan part of Lake Victoria, called Sigulu in May 2010.

In April 2011, two more projects were launched, the first one in the Tulear district of Madagascar, and the second in the Bunyala district of Kenya on Lake Victoria.

In Feb/March of 2012, we added 15 new tanks to our project on Bet Dwarka, bringing us to 100 water stations and counting. A few weeks later, a new project was launched on Aitutaki in the Cook Islands (South Pacific), with 33 x 1000 litre water stations.

In 2014 we added 100 stations to Madagascar, including three new regions: Ile Ste. Marie with 30 stations and Anjoba, Fenerive Est with 20 stations. 50 new stations, including 20 to the new region of Sakaraha in the Tulear District, and 30 to the Andranovory and Vatovanda parishes.

In January 2016 we launched a new project in the South western part of Haiti, in the mountains. The Oriani district starting in a region called Foret des Pins (Pine Forest). 10 villages were reached with a total of 110 water stations.

In August/September 2016, we added 60 new stations to our project in Bet Dwarka, India.

In December 2016 we added 60 new stations to our project on Sigulu Island, Lake Victoria, Uganda.

We have currently placed 731 water stations on 7 different islands around the world.

More details of these projects, including pictures, can be found on the project page.

Tanks remain the property of Wings of Grace International in perpetuity, in order to promote responsibility from the recipients, and to make sure that the money and time invested is not wasted by misuse or lack of care.

SEE IMAGES AND DETAILS OF OUR PROJECTS 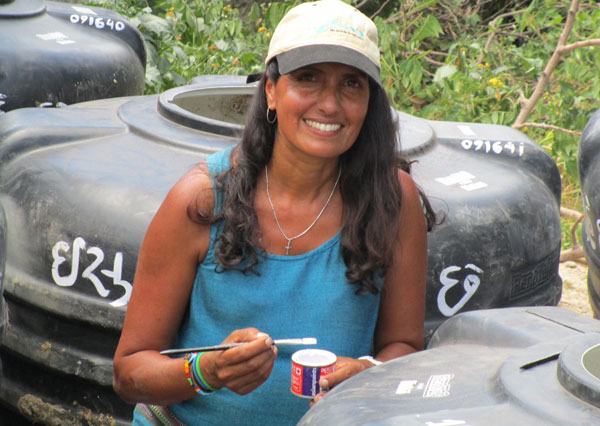 Of Indian descent, Kenyan born and Canadian naturalized, Tasmin is probably one of the people who is least likely to fit in any boxes of life. She has lived in many places worldwide and loves meeting new people and learning about different cultures first hand. Bilingual, Tasmin speaks and writes English and French.

In 2005 while living in a small village in the Swiss alps, she felt a tug to go back to Kenya to do something to give back to the country where she was born. Upon her return, God used the difficult circumstances of the people while in a totally unfamiliar region, (an island called Manda in the northeastern part of the country), to birth the idea of rainwater harvesting projects on islands worldwide in her heart.

Not being allowed to work in any place but Canada, it was a leap of faith to start the project. It seemed impossible, as just surviving financially in everyday life was an issue in itself-but the words in the bible ‘with God, all things are possible’, showed themselves to be true.

With the support of her friends and co-associates, Cyrille Rieder and Marc-André Baillifard, as well as the generosity of the parish in the Bagnes region of Valais, Switzerland, a project was launched with 20 water stations. Tasmin thought it would be the first and last, but funds kept coming in and the need was very apparent.

Wings of Grace International was launched in 2007 as a means to be transparent with the funds that continued to flow. In early 2008 she felt prompted to move back to Kenya in order to oversee the project and aim to prevent the corruption that is so inherent in Africa from getting into their work.

Between 2008 and 2014, she lived in the Lamu district with her best friend, border collie Punki. From there new projects were launched in India, Uganda, Western Kenya, the Cook Islands, and Madagascar.

It was an intense time of testing and learning, as her unwillingness to enter into the corruption made her a target in the eyes of more than one person of influence in the region. In mid-July 2014, after a 13-month criminal court case based on 4 false accusations, Tasmin walked away completely acquitted, having trusted Jesus to be her advocate in the very dishonest court of law. Days after her passport was returned to her, she and Punki returned to Switzerland, hoping to start a reasonably normal life again. Punki’s mission to accompany Tasmin in life sadly came to an end soon after their return.

She continues to add to projects around the world and start new ones when the need and opportunity present themselves. In January 2016, the newest project was started in the mountains of South Eastern Haiti. 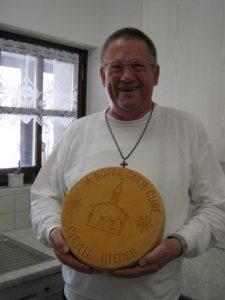 The eldest of a family of five, Cyrille was born in the village of Kippel Lostchental in April 25, 1942.

With plans to follow in his father’s footsteps, that of becoming a carpenter, cabinetmaker and woodworker, Cyrille followed his dad’s advice to learn french in order to communicate with the french speaking clientel.

Cyrille enrolled at the college of Saint-Maurice in the Valais region of Switzerland to do a degree in French.  During these two years of internship, he met young people with their teenage problems, and he wanted to help them – but did not know how.

His thoughts went to becoming a priest, but he wasn’t sure. So, leaving the ultimate decision to God, he put the challenge forth, that if during the last 9 months before his graduation, someone said to him he should become a priest, he would take that as the confirmation.

Surely enough, the day came when the person he found himself often at chapel with, tapped him on the shoulder and said, ‘What are you waiting for, you should become a priest’!

Cyrille finished his time at St. Maurice and continued his education at Brig, working with the youth at Salasiens.

The next step of his formation as a novice priest led him back to the Abbey of St. Maurice, followed by 5 years at the University of Fribourg to get his degree in theology.

Cyrille also held the rank of Captain in the Swiss army, and was the chaplain between 1974-2004.

Full of energy and willingness to help those in need, he has always supported the efforts of what has now become Wings of Grace International, and was nominated Vice-President at its founding in March 2007.

Cyrille is fluent in German, Swiss German, and French.

To contact Cyrille, please go to the Contact us page, and use the prescribed form or you can send him an e-mail to:
info@Wingsinternational.ch

Marc-André was born in 1978 in a small village in the Swiss Alps, which he considers to be the “most beautiful place on earth”.People always questioned him about how he could be so convinced it was the most beautiful place on earth without having seen other places, so he decided to venture out and prove himself right, taking small steps to start, and a few big ones in between:

Between his work and his studies, Marc-André also spent a month in South Africa, as well as a month in New Zealand (with stops in California and the Fiji Islands). Beautiful places, but … so far, he has not found a more beautiful place than his village. But the land is vast, and let’s hope he has a few more years to discover some other places on our beautiful planet!

Aware of his chance to live in a rich country with multiple possibilities, he decided to take advantage of these few computer skills to help Tasmin in her work. He helped organize the trips, realized the flyers of the association, as well set up the initial website. So if you have any comments or questions about the site, or if you want to know where the most beautiful place in the world is, it’s up to him! 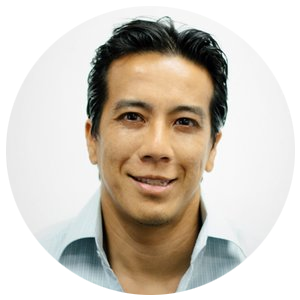 Attorney Patrick Phancao consults on international issues, particularly pertaining to civil wars in developing countries. Patrick was raised primarily in France and Congo, where his family survived several civil upheavals. He has seen first-hand what war can do to individuals and families.
When Patrick came to the United States, he vowed never to forget what he had learned during those difficult times. When working for Non-Profit Organizations, he wanted to associate himself with individuals that put the bulk of the proceeds towards the charitable cause, and not lost in administrative cost. Wings Of Grace International offered that platform.
He hopes to contribute to WoGI by offering his input in all financially related matters, knowing that the funds will be used to change the quality of lives to countless families. He is a practitioner in the field of Asset Protection and Estate Planning who specializes in protecting families, particularly the safety of children. He believes that to make a difference, you have to start at the root of all societies: the family unit.