In the Lamu district of Kenya, there is an island called “Manda”, where no fresh water is available. With temperatures often in the mid-thirties celsius, many hours of a woman’s week is spent walking from the farm to catch the boat to go into Lamu, where she will procure water for household use. Depending on where the farm is, these water-buying trips can take up to 5 hours!

Wings of Grace International has been setting up rainwater collection stations at various farms on Manda Island. These rainwater collection stations consist of a 1000 litre tank with a tap installed at the bottom. We also supply the farmers with two rustproof, corrugated-iron sheets, to increase the water catching area. The farmers are asked to build the support for the tank from the abundance of wood found in the area, giving them a sense of ownership in the project, and making it less of a ‘hand out’ situation. To clarify the heart of the work, each tank has the words YESU ANAKUPENDA painted on, which means, JESUS LOVES YOU in the local language, Swahili.

Kenya usually has two rainy seasons per year, one in October-December, the other in May-July. In the short rain season, rain comes hard and fast for short periods of time. In November 2006, after one of these short rains, we had reports the next day of tanks being filled to overflowing, and neighbours immediately coming to partake of the supply!! What a blessing! During the long rains, it can rain for days at a time, making travel very challenging on muddy paths in the bush.

No discrimination of any kind is tolerated, and thus far, the project is a huge success, with both Muslim and Christian farmers lining up to receive their own station. Our goal to supply Manda Island with one water station per farm has been reached. Each water station in Kenya cost approximately $125 US, taking into account fluctuations in currency, and transportation.

As of July 2009, we had supplied 143 water stations on Manda Island. Families are grateful for the freedom the tanks have allowed them. Needless to say, there has been some breakage and some theft, but overall, the majority of the tanks remain intact and in use.  The fact that we keep the tanks as the possession of Wings of Grace International, giving us the right to take the tanks back if they are not taken care of acceptably, is instilling responsibility, and making it clear that foreign money is not cheap.

Currently the Manda Project is being managed by our co-workers on the ground. Where help is needed, they are able to access Tasmin, but there is a strong push for them to be as autonomous in preserving the project, as possible. 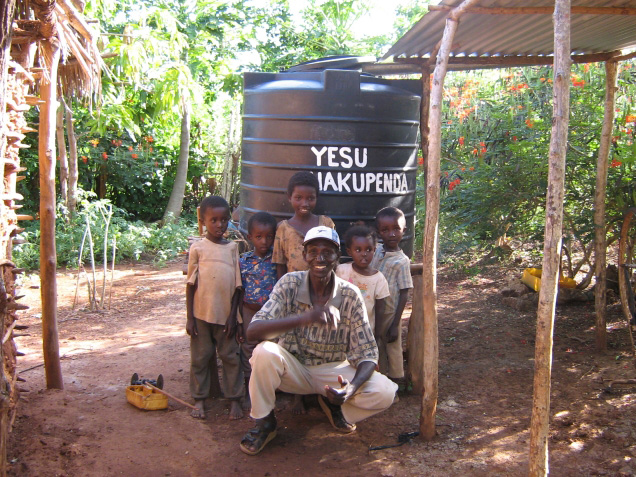 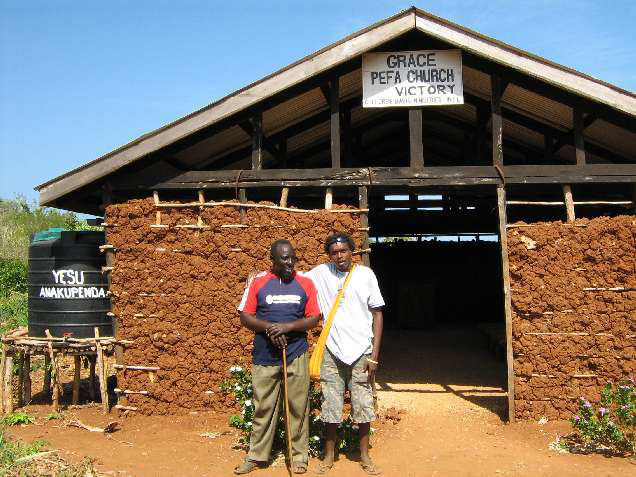 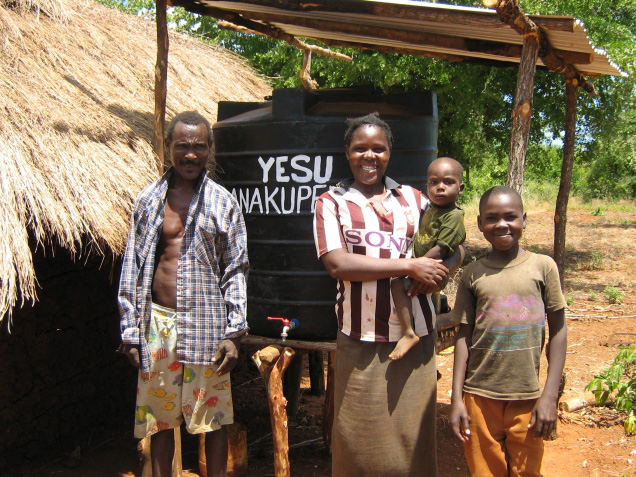 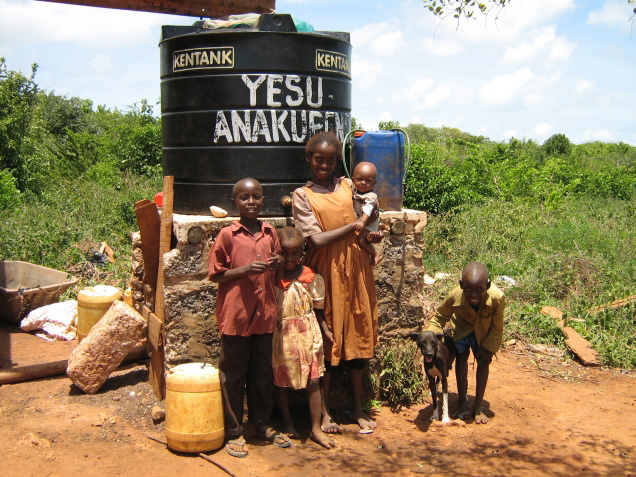 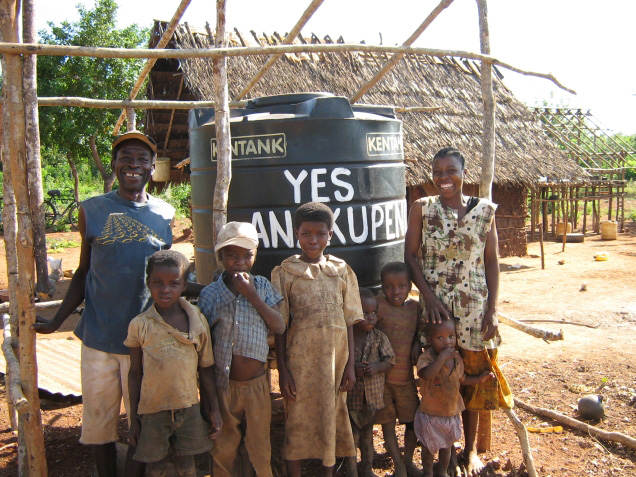 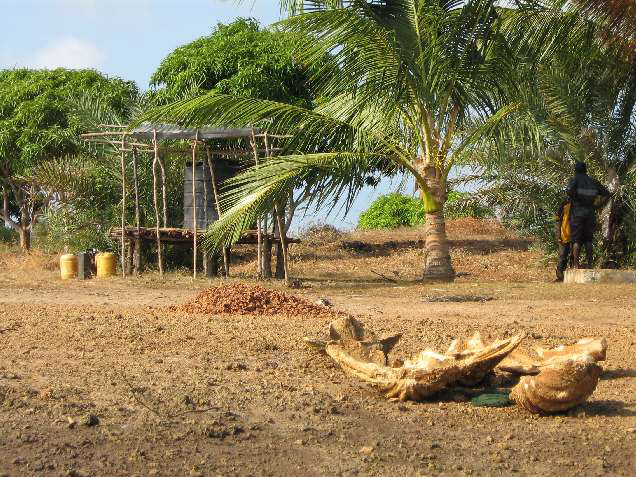 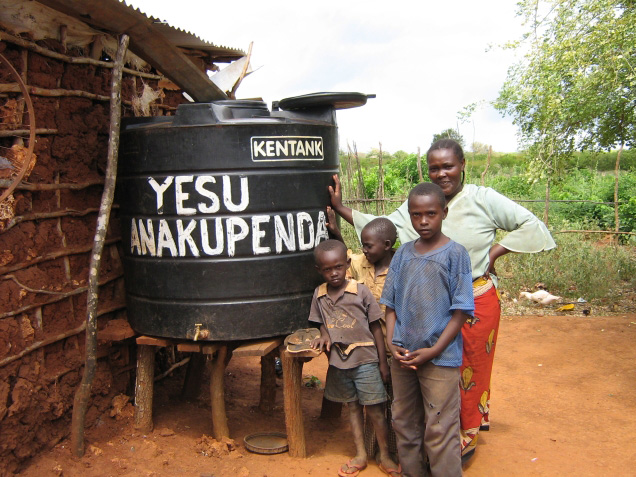 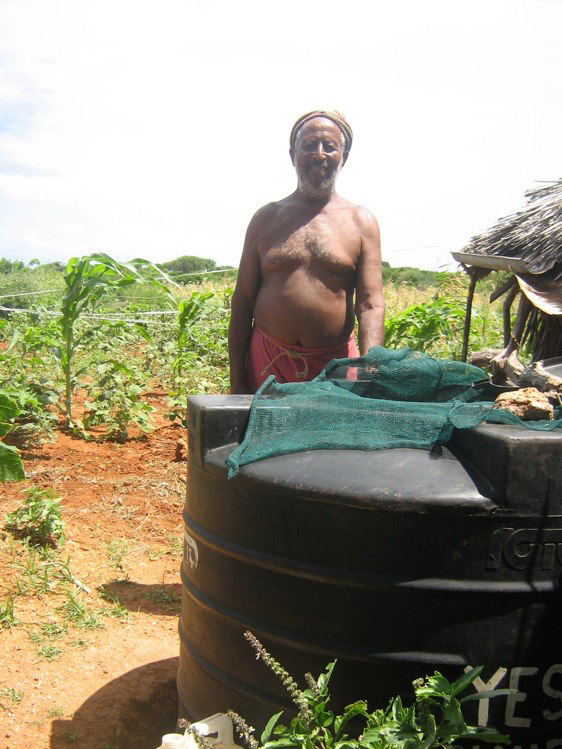 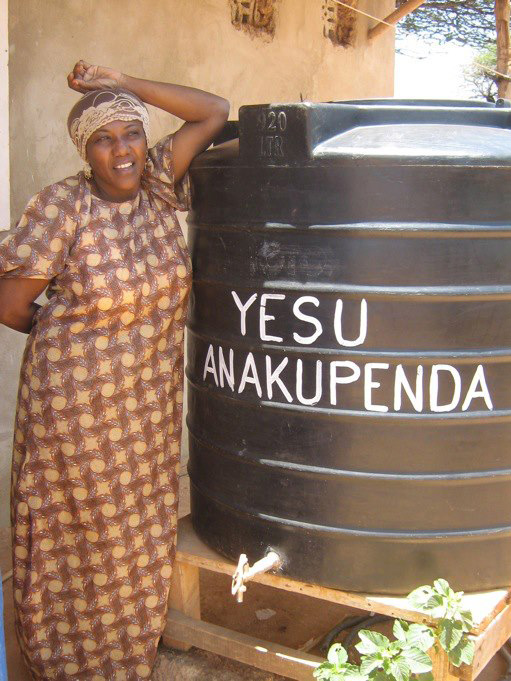 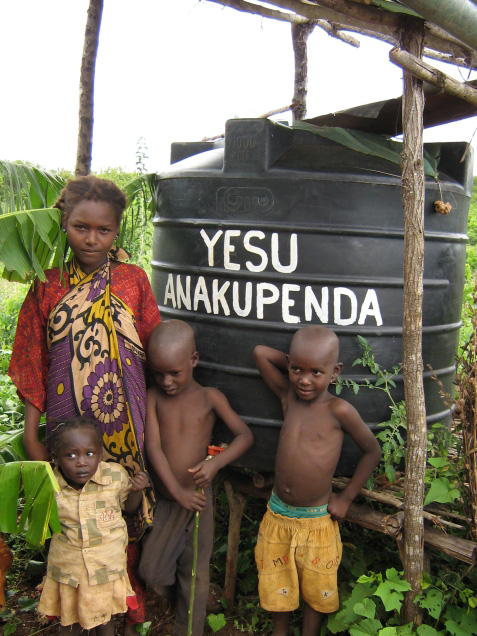 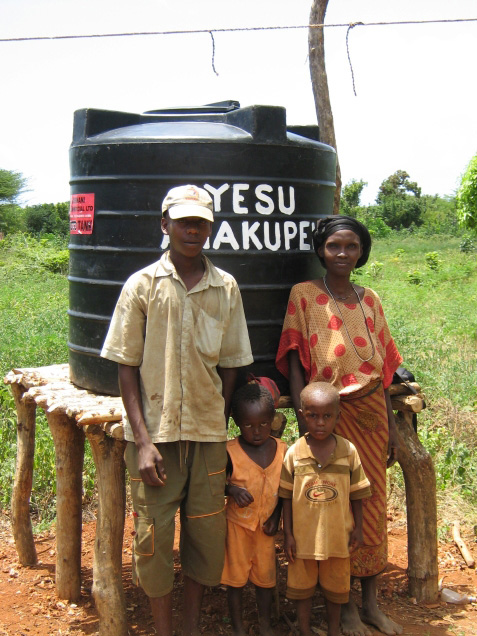 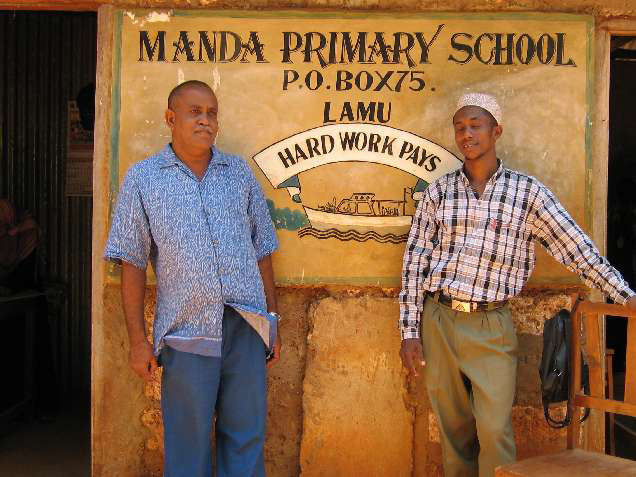 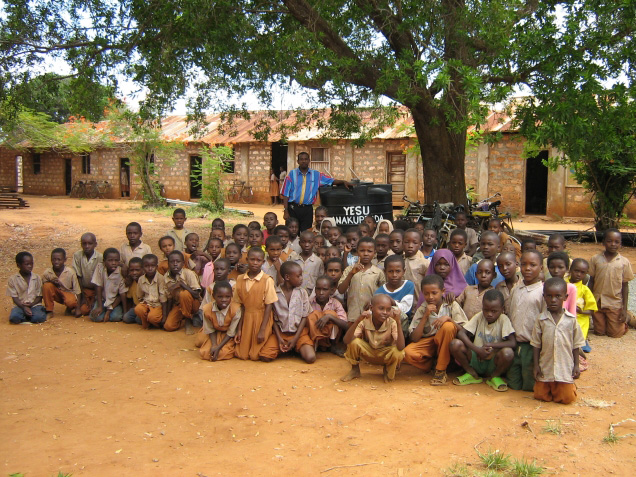 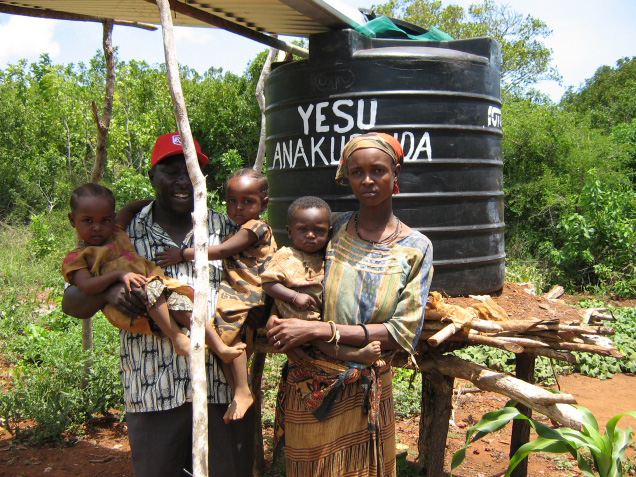 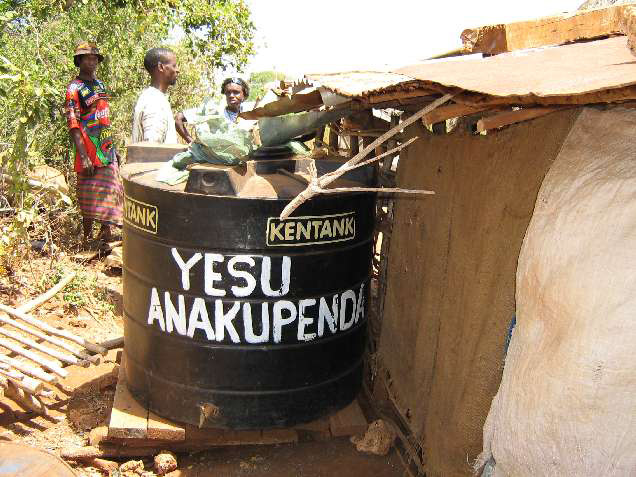