After 2 years of fundraising and planning, the second phase of our Haiti project was finally launched in early 2021 but not without its challenges from start to finish. The first challenge was finding the funds to reach our goal of 200 water tanks – more than we’d ever done in one go.

With a very trusting tank provider (AquaSystems whom we’d worked with in 2016) allowing us to pay the final amount as soon as we were able to, I started to organize airline tickets with the aim to get there and to leave the country before the political tension/violence that was expected at the end of January started. 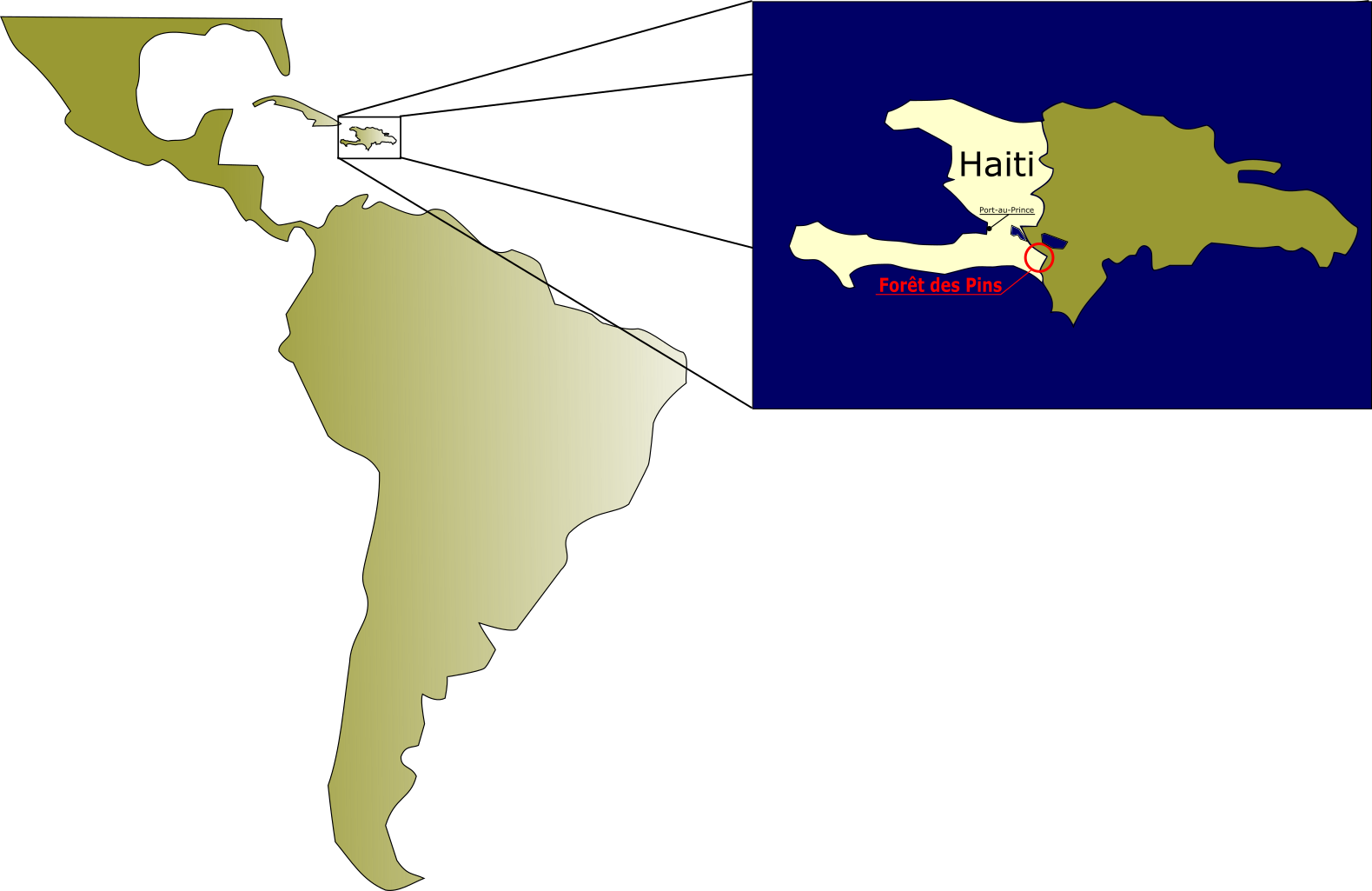 When the time came to travel, I was pushed back at Heathrow being refused allowance to transit in Miami on my way to Haiti. Knowing that I needed to get the project done sooner rather than later, I purchased a ticket to go via Canada, but was again pushed back at Heathrow because I wasn’t in possession of the ‘right’ c19 test. On the third try with lots of prayer from friends behind me, I finally got to Port au Prince intact in mid-January (only two weeks to prepare and distribute 200 tanks)!

Flaming tyres and rock hindrances along the main road (due to political unrest) were slight distractions. The mountain route up to Fôret des Pins was bone jarring and realizing that I hadn’t packed for 2000m altitude nighttime temperatures was just disappointing!

Preparation of the first tanks began the next day, as the first 40 tanks were stored in the school building on the Catholic Church property where I was very graciously hosted.

Many villages which I’d not heard of during the first project were figured on the list and when we went to the areas for distribution or to take pictures of tanks in the area, I was happily surprised by the choices as the access to the villages was incredibly hard and effort for the inhabitants to clean drinking water was nothing short of very tedious. Villages are far from each other, homes are often far from each other and access to the springs down the mountain are sometimes more than 50km’s away.

What was disappointing for me was that I had understood that 200 tanks would allow me to leave the region with all villages being touched and everyone having even some access to clean drinking water when it rained. During the distributions, I realized that 2000 tanks would have allowed that thought to be valid. 210 was a blessing, but still so far from what’s actually needed!

More flaming tyres and rock barricades due to political unrest in the capital and on the main road leading to us, one of our transporter’s truck’s being hijacked and used as a barrier and only returned with a ransom, threats of kidnapping and worse to those who tried to get through the barriers during the days of civil unrest during the last week of January slowed our tank deliveries from coming up. After two weeks, we had only distributed 100 tanks!

Having been told that there was no chance of getting quick results for the necessary PCR test to fly back to Canada, my cousin helped me postpone my flight to the very last one going back to Canada and prayed (along with others), that we’d be able to get more tanks prepared and distributed directly on the field before I left. Within two days the prayers were answered, and 60 tanks came up three days after my original Wednesday departure, another 20 came up on the Saturday.

On Sunday afternoon, all the tanks were painted and distributed, and I had planned for an early Tuesday morning departure with a taxi brousse (cheap, multi-person taxi) to get down to the capital to get tested before flying.

On Tuesday morning I found out through a friend that the barricades had been removed and about an hour or so later, I was on the fastest, scariest ride down the mountain. Prayer was a very important asset as I watched us flying down a steep, really poor road, trying not to imagine tyres with poor treads.

Looking at the beautiful view of the mountains overlooking the sea and the Dominican Republic was a pleasant distraction!

Wednesday was a day of driving from one hospital or lab to another, trying to get a PCR test done and have the results on time for the last flight to Canada on Thursday. It wasn’t possible. Hospitals which were listed online as testing centers were no longer were, other labs were doing tests for the US requirements but not Canada, and yet another gave a minimum 5 day wait for results….

Dejected, I went to the AquaSystems factory and prepared the last 30 tanks so that they could be distributed as soon as they arrived up the mountain.

Yet another unexpected ticket purchase, this time to Ft. Lauderdale, Florida. A rapid antigen test at the airport in Port au Prince for entry into the US and a PCR test in Florida in order to enter into Canada (to see my mum) where I was required to take yet another c19 test and go into 14 days of mandatory quarantine…

The most important thing is that the project is completed for now and that when the rain comes the tanks will be ready to catch the water…and recognize that the message on each tank is reality. 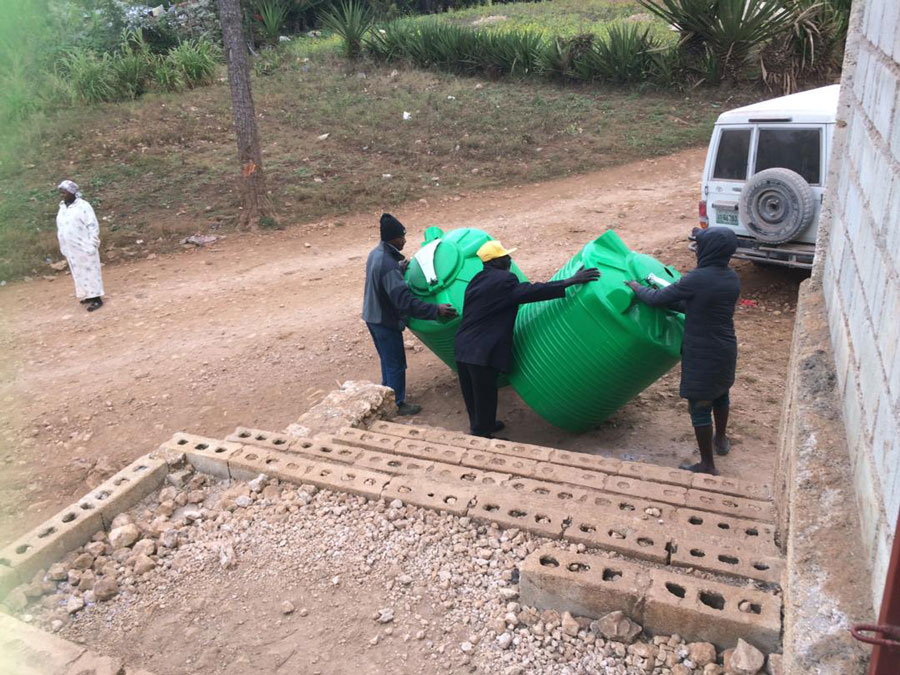 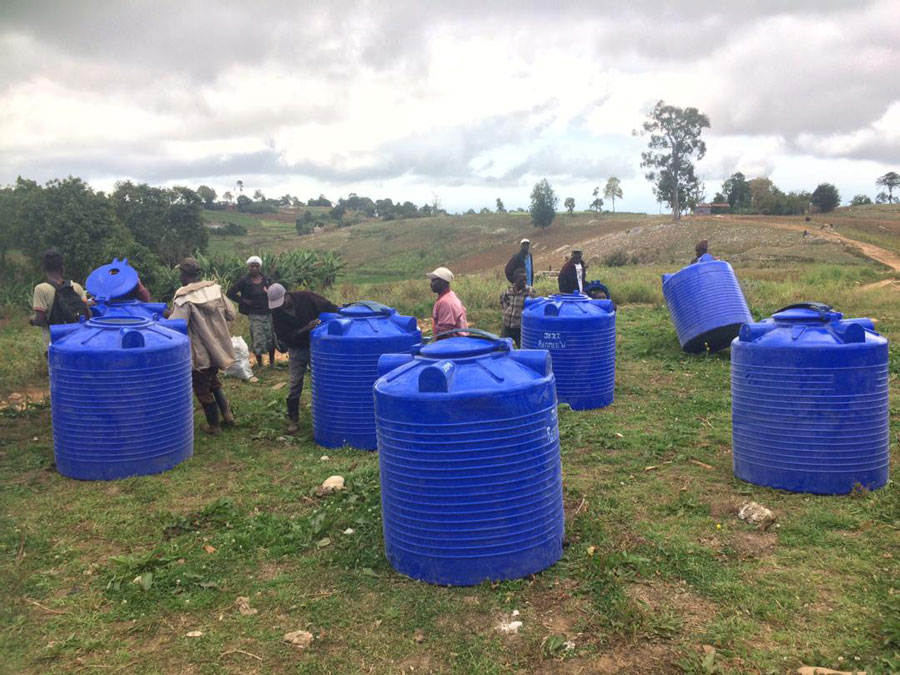 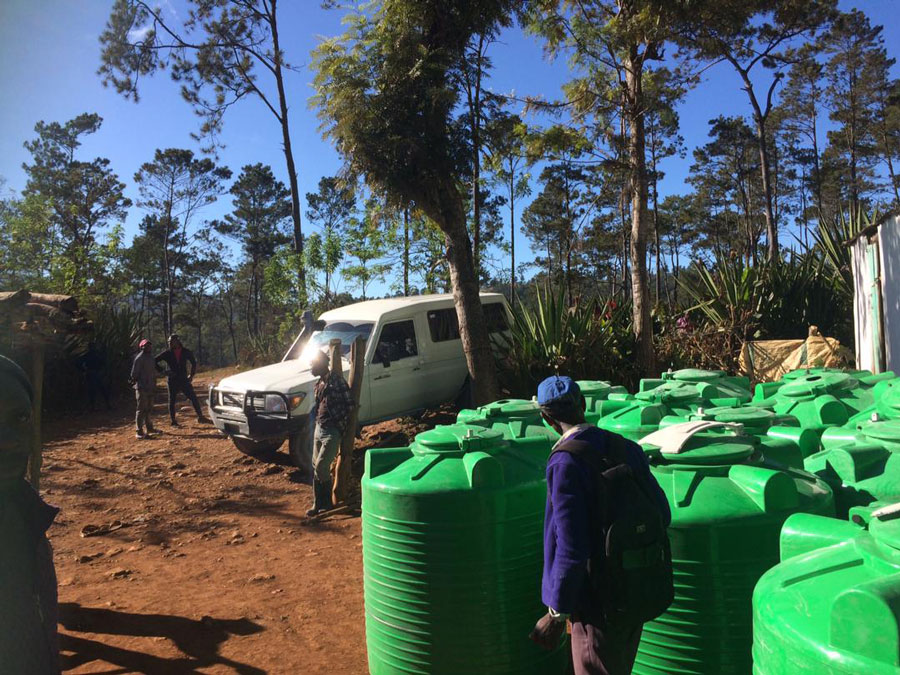 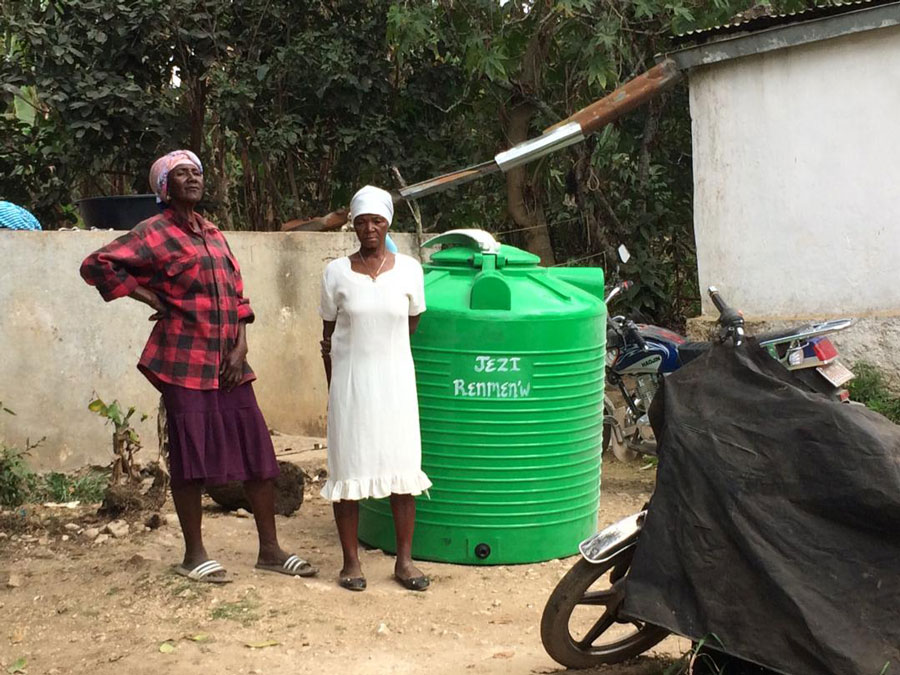 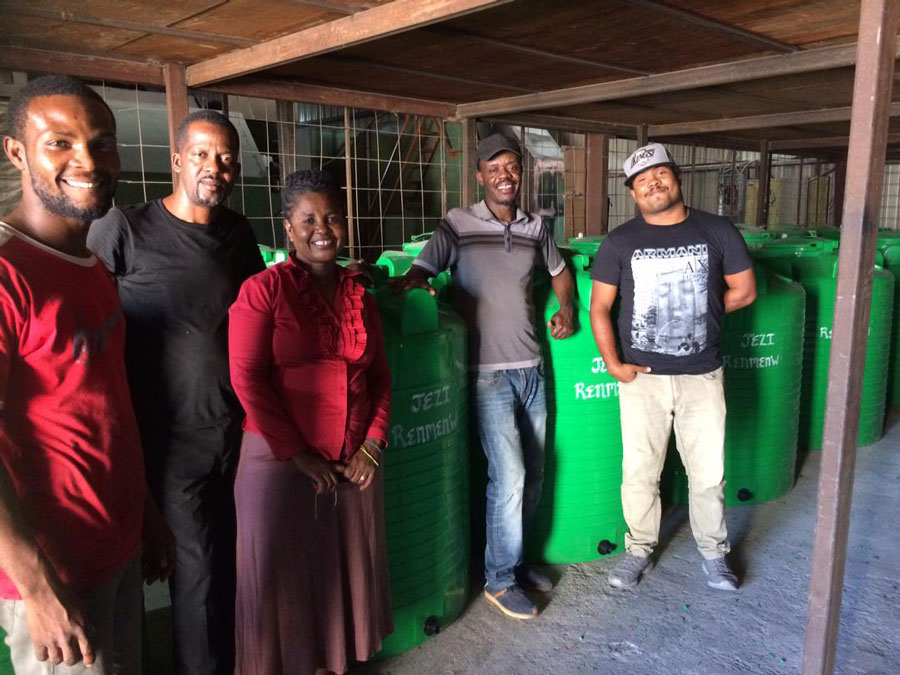 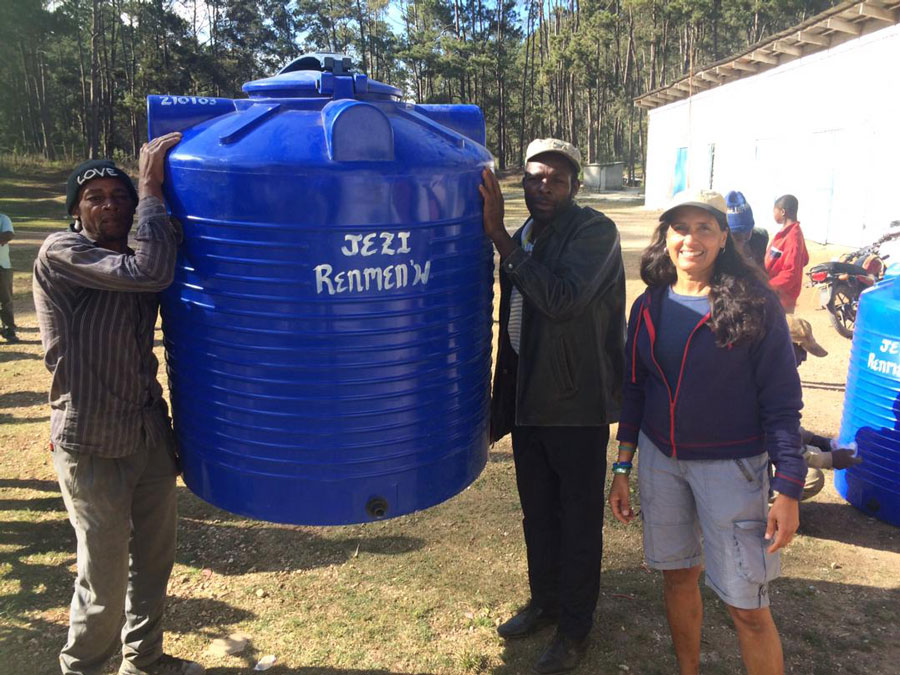 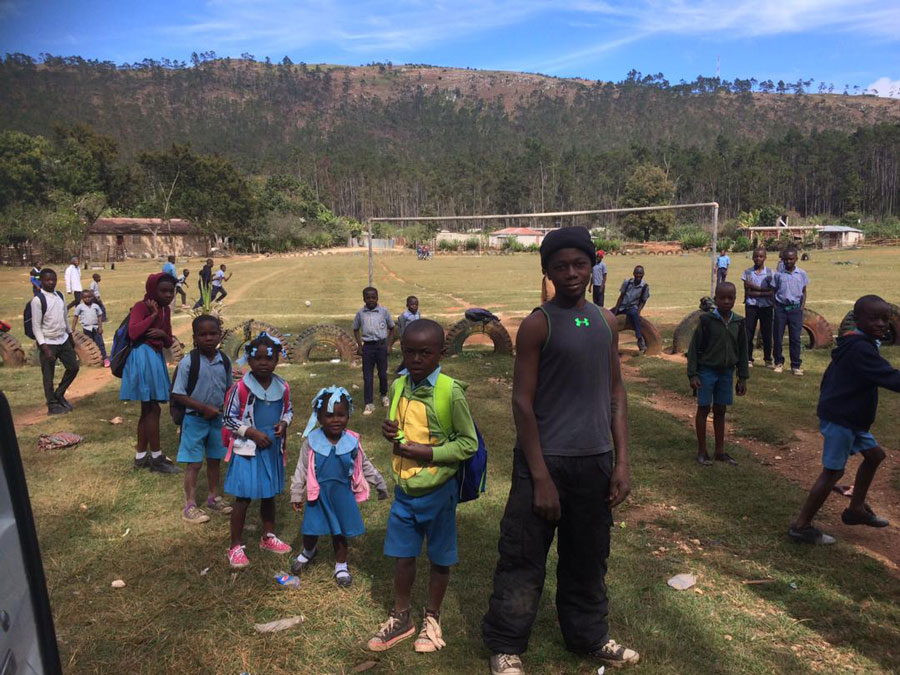 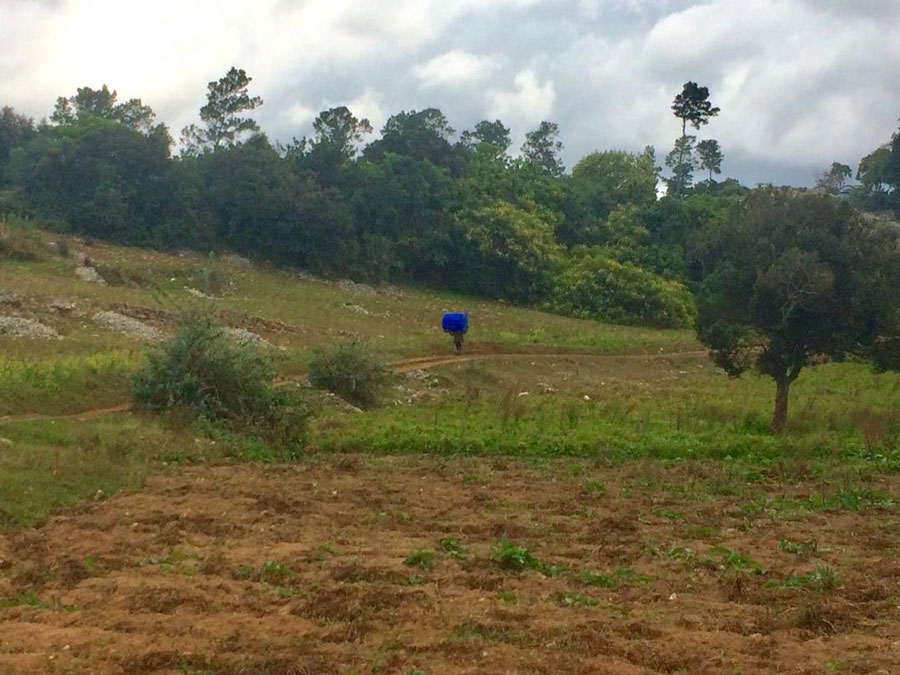 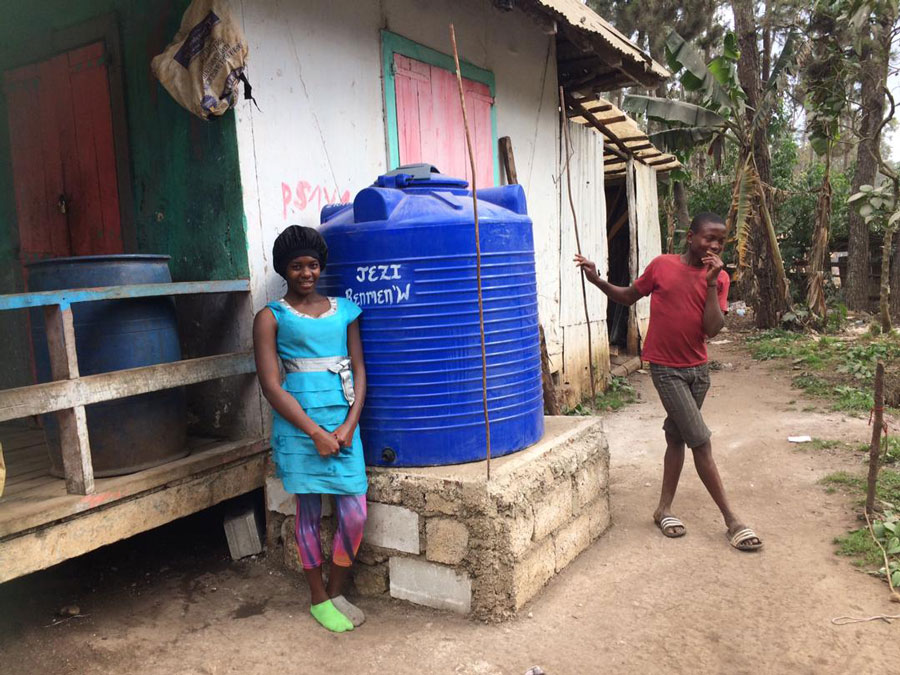 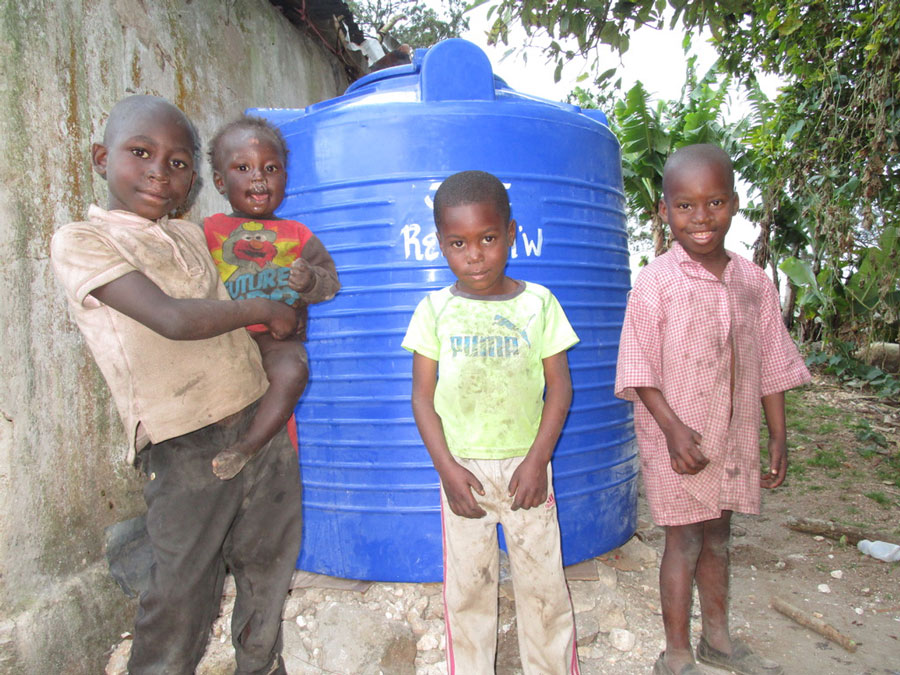 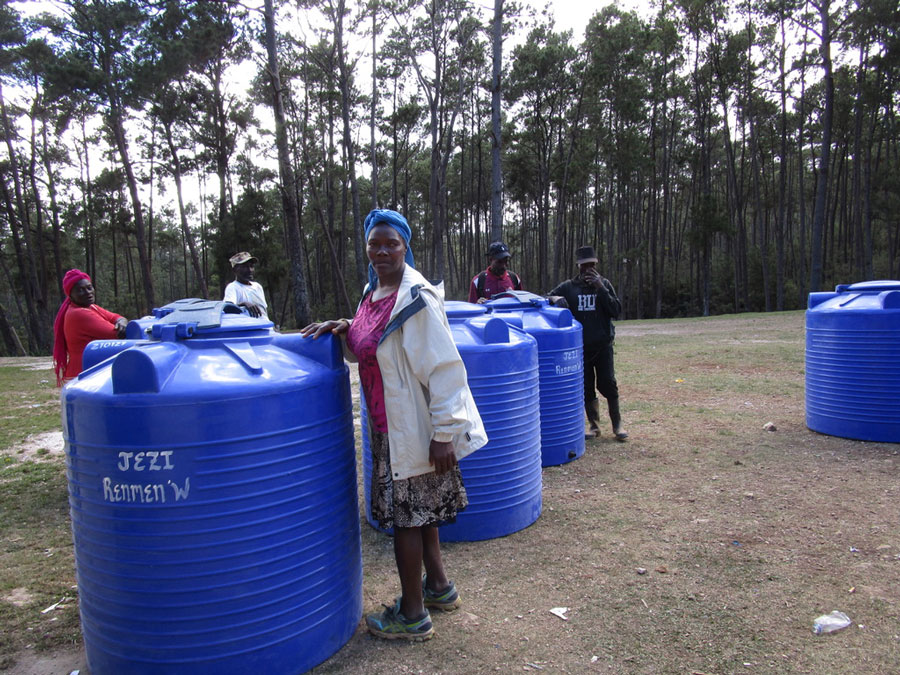 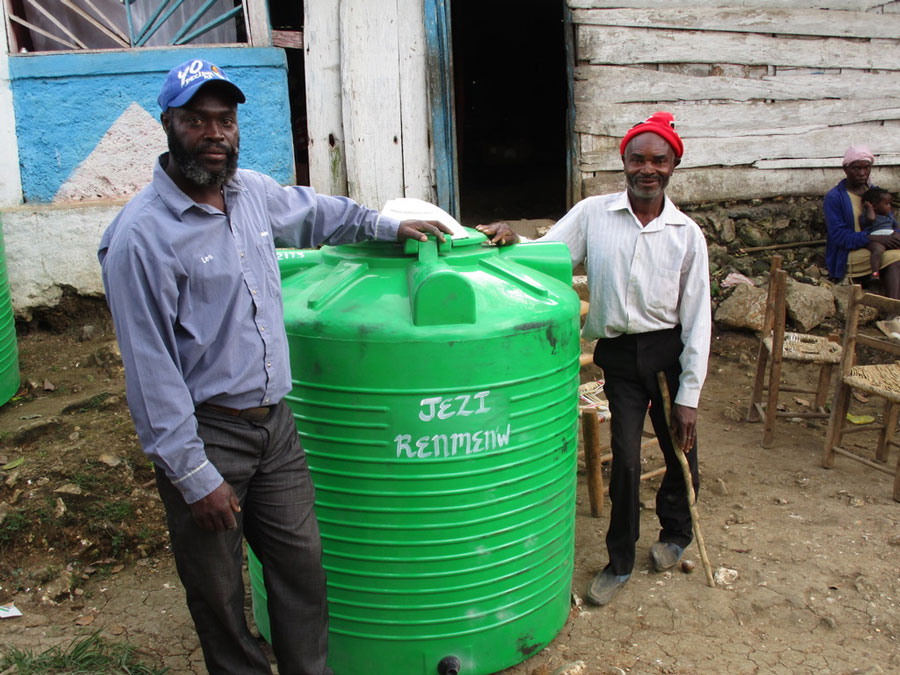 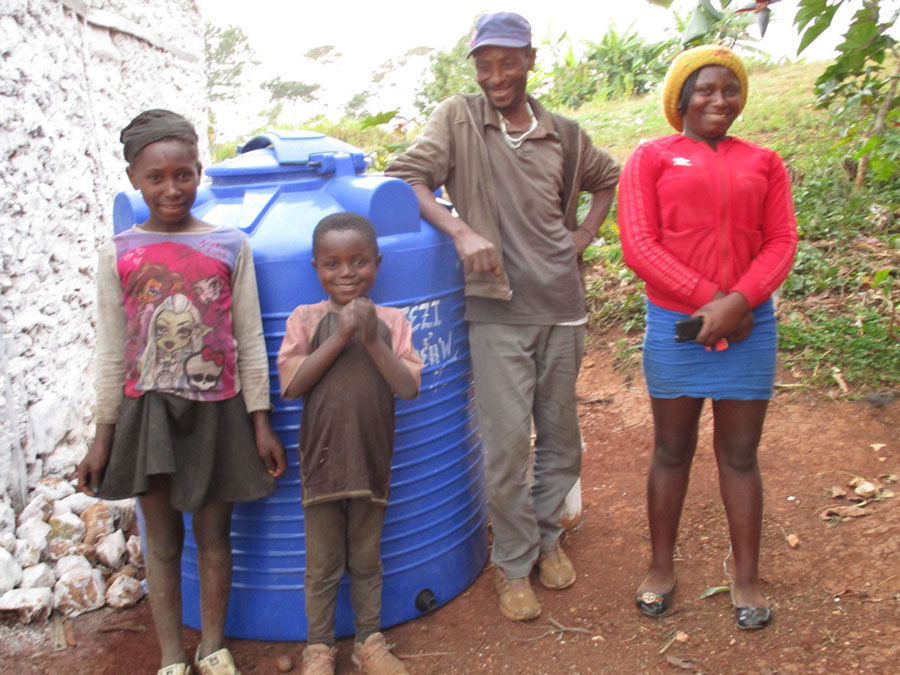 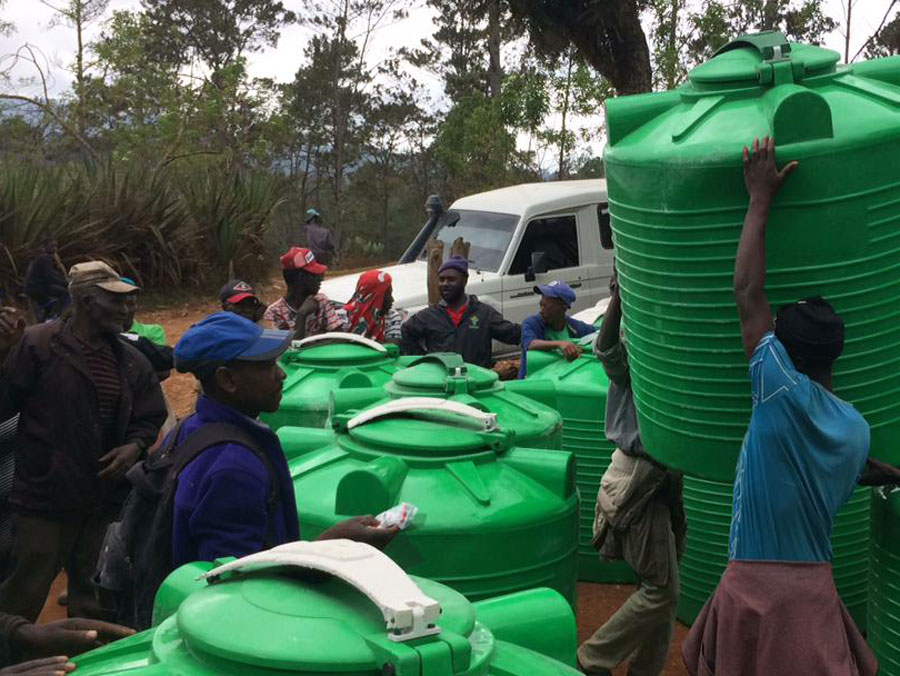 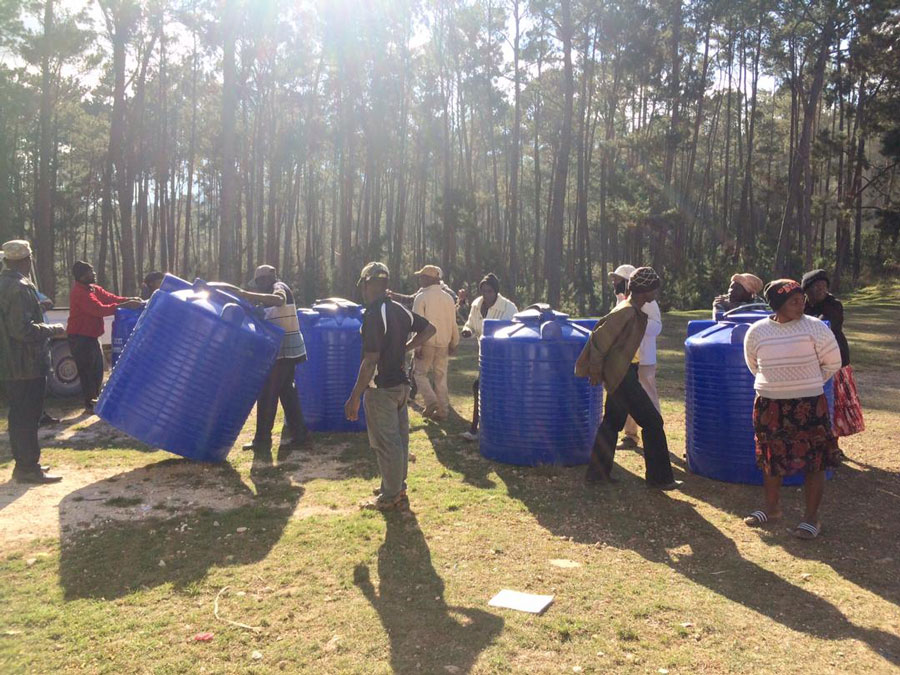 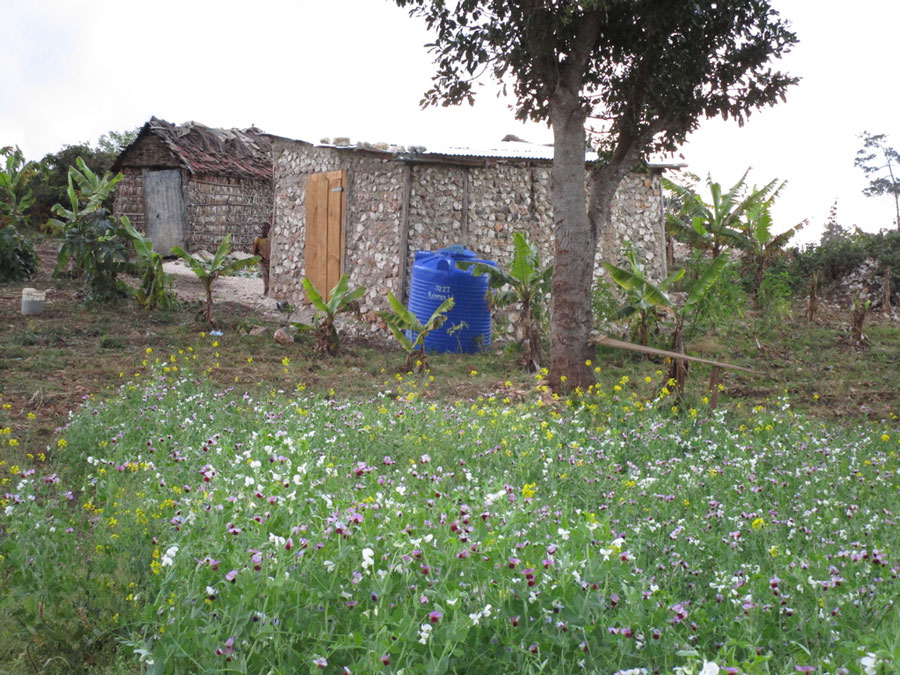 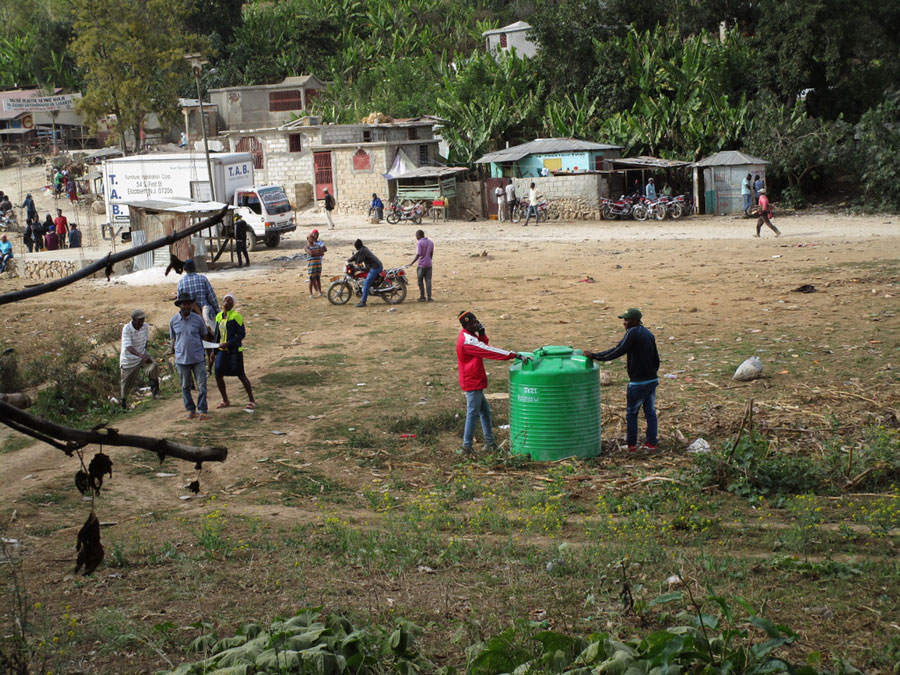 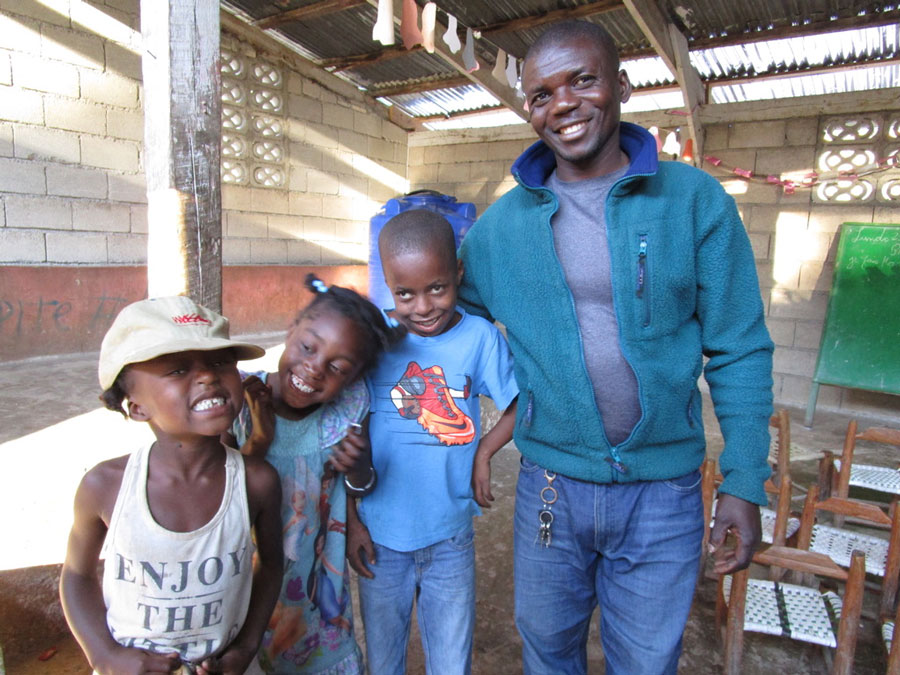 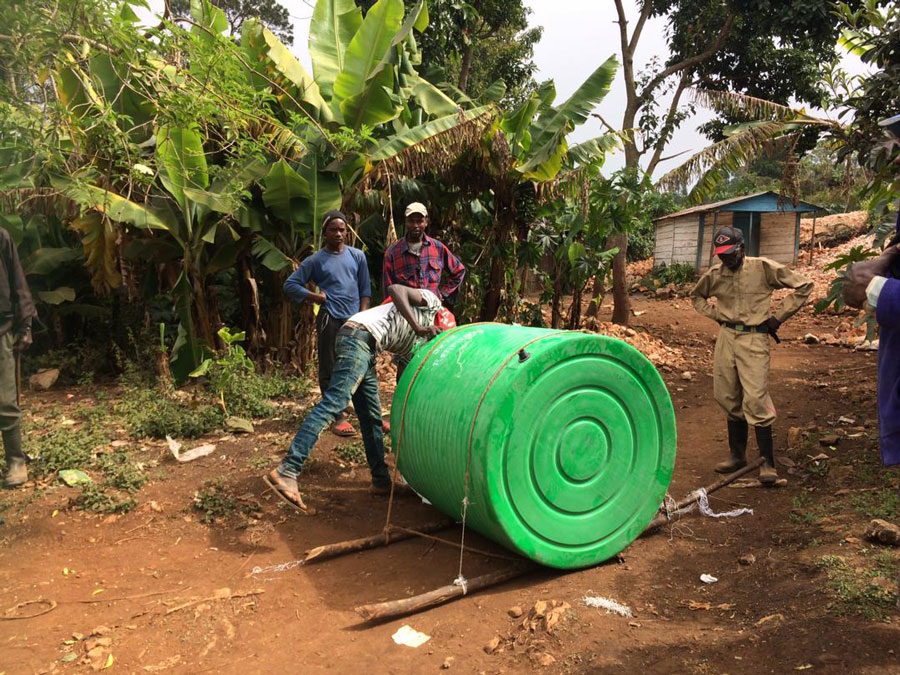 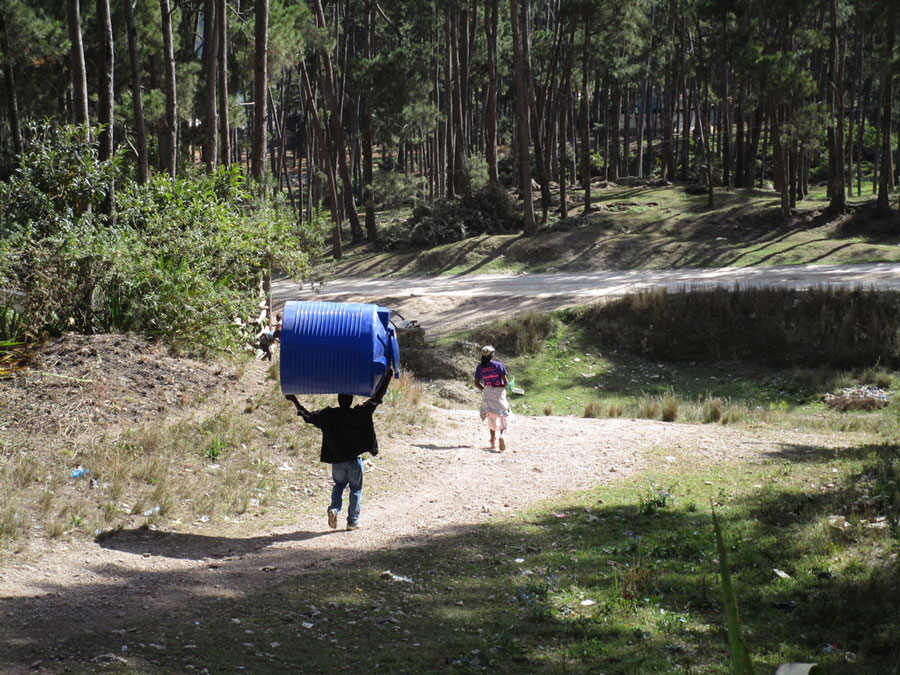